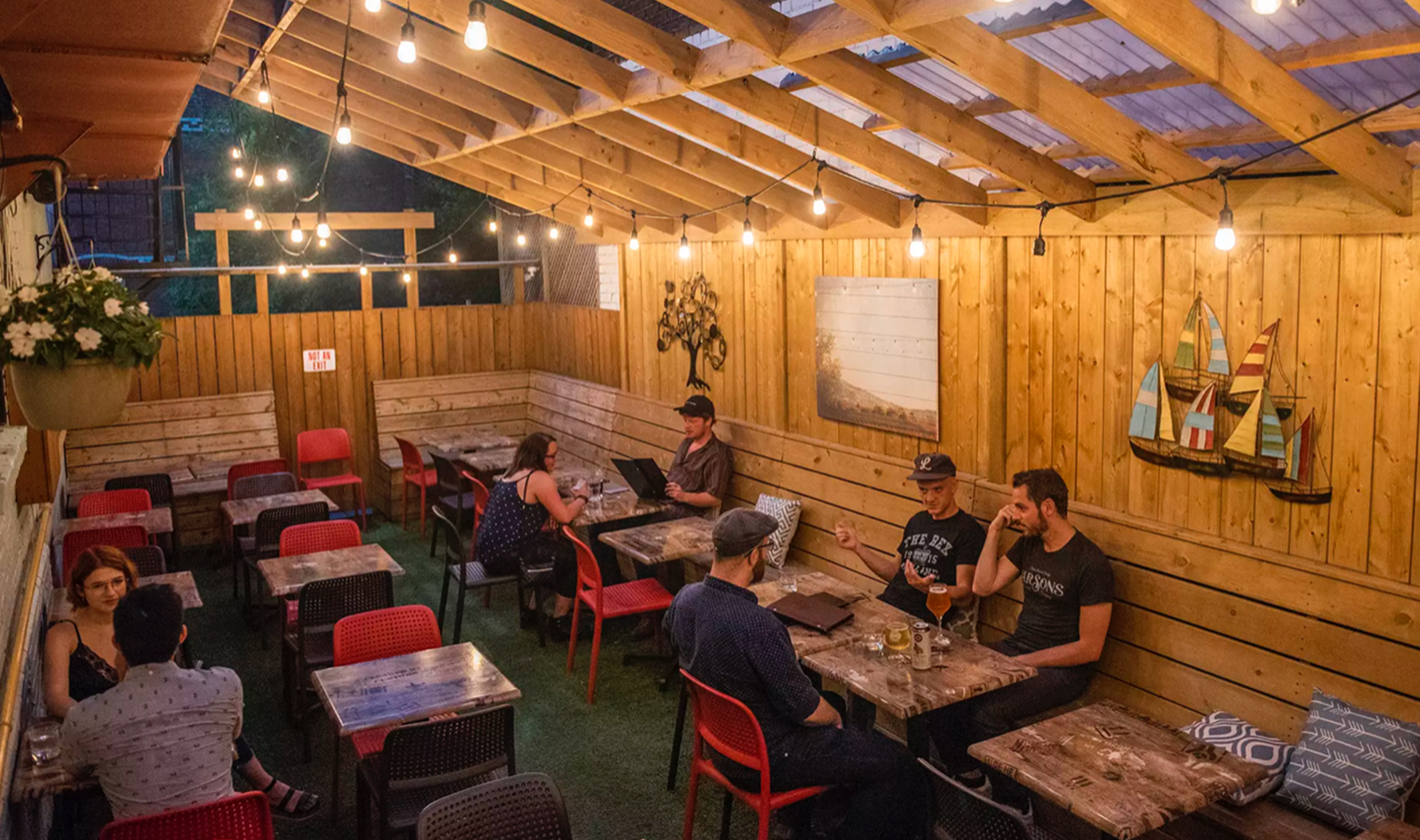 Stout Irish Pub is well-known as one of the city’s best Irish pubs, slinging a cracking shepherd’s pie.

Regular trivia nights pack the place, and there are four shelves stocked with tons of nostalgic board games like Taboo, Boggle, Balderdash, and Jenga. Free WiFi is a nice bonus.

There’s a lower street level area, and then there’s another seating area up a set of steps with a bar and access to a rustic little patio with a capacity of 46. Indoors, there’s a total capacity of 105, the warm space done up in traditional brick and wood panelling.

A salami plate ($14) on special originally came with pate, but the pub is so packed for Tuesday night trivia they’ve run out of house chicken liver pate and have replaced it with house pork belly—a substitution I’m certainly not complaining about.

There are also a few thin slices of spicy genoa salami with a little grainy mustard, some grilled crostini, and a couple dill pickle spears.

A Halifax donair ($16) is one of the better ones I’ve tasted in Toronto, soft pita stuffed with a heavily-spiced beef, accompanied by traditional diced tomato and onion and a good amount of sticky sweet donair sauce (all wrapped in foil to hold in any sogginess).

Get fries on the side for the sake of tradition and because they’re crispy, salty and delicious. The menu is extensive here, packed with other pub favourites like fish and chips, mushrooms on toast ,and nachos, but I’d order this donair again.

Shepherd’s pie ($20) that’s one of the best in the city certainly isn’t the frozen variety I grew up on. Chunky garlic mashed potatoes are layered in a tower on top of braised lamb shoulder and top sirloin beef stew with giant but tender chunks of carrot, rutabaga, parsnip and celery root, the whole thing topped off with crispy onions.

Stout Irish Pub is the older sibling bar to Louis Cifer Brew Works, the latter having opened about four years after the former. Their draught list is impressively long and full of craft options, the menu divided into sections by type of beer, with a variety of styles from Louis Cifer taking up a decent number of taps.

This place is tucked away just a little off the main drag of Parliament in Cabbagetown, making it a good failsafe when other pubs might be full. If you come on a trivia night, just be prepared for a crowded bar, and to potentially come up with a witty team name on the spot.